[2] Così Varoufakis: “ It’s not that it didn’t go down well – it’s that there was point blank refusal to engage in economic arguments. Point blank. … You put forward an argument that you’ve really worked on – to make sure it’s logically coherent – and you’re just faced with blank stares. It is as if you haven’t spoken. What you say is independent of what they say. You might as well have sung the Swedish national anthem – you’d have got the same reply. And that’s startling, for somebody who’s used to academic debate. … The other side always engages. Well there was no engagement at all. It was not even annoyance, it was as if one had not spoken.” http://www.newstatesman.com/world-affairs/2015/07/yanis-varoufakis-full-transcript-our-battle-save-greece”. Sul ministro delle finanze Tsakalotos (che sostituì Varoufakis il lunedì seguente al referendum) v. l’importante intervista a Stathis Kouvelakis https://www.jacobinmag.com/2015/07/tsipras-varoufakis-kouvelakis-syriza-euro-debt/

“actually Tsipras and the leadership has been following very consistently the same line from the start. They thought that by combining a “realistic” approach in the negotiations and a certain rhetorical firmness, they would get concessions from the Europeans. …

And then you have the other approach, that of Tsipras, which was indeed rooted in the ideology of left-Europeanism. I think the best illustration of that is Euclid Tsakalotos, a person who considers himself a staunch Marxist, someone who comes from the Eurocommunist tradition, we were in the same organization for years. The most typical statement from him which captures both his ideology and the outlook given to the government by the presence of all those academics is what he said in an interview to the French website Mediapart in April.

When asked what had struck him most since he was in government, he replied by saying that he was an academic, his job was to teach economics at a university, so when he went to Brussels he had prepared himself very seriously, he had prepared a whole set of arguments and was expecting exactly elaborated counter-arguments to be presented. But, instead of that, he just had to face people who were endlessly reciting rules and procedures and so on.

Tsakalotos said he was very disappointed by the low level of the discussion. In the interview to the New Statesman, Varoufakis says very similar things about his own experience, although his style is clearly more confrontational than Tsakalotos’s.

From this it is quite clear that these people were expecting the confrontation with the EU to happen along the lines of an academic conference when you go with a nice paper and you expect a kind of nice counter-paper to be presented. (continua pag. succ.)

I think this is telling about what the Left is about today. The Left is filled with lots of people who are well-meaning, but who are totally impotent on the field of real politics. But it’s also telling about the kind of mental devastation wrought by the almost religious belief in Europeanism. This meant that, until the very end, those people believed that they could get something from the troika, they thought that between “partners” they would find some sort of compromise, that they shared some core values like respect for the democratic mandate, or the possibility of a rational discussion based on economic arguments. …
So it is true that there was a lack of elementary realism and that this was directly connected with the major problem that the Left has to face today — namely, our own impotence.”

Varoufakis in un editoriale per il Guardian che segue le sue dimissioni dichiara che un’uscita era impossibile: “In occupied Iraq, the introduction of new paper money took almost a year, 20 or so Boeing 747s, the mobilisation of the US military’s might, three printing firms and hundreds of trucks. In the absence of such support, Grexit would be the equivalent of announcing a large devaluation more than 18 months in advance: a recipe for liquidating all Greek capital stock and transferring it abroad by any means available.” (http://www.theguardian.com/commentisfree/2015/jul/10/germany-greek-pain-debt-relief-grexit).

“…have preparations been made? YV: The answer is yes and no. We had a small group, a ‘war cabinet’ within the ministry, of about five people that were doing this: so we worked out in theory, on paper, everything that had to be done [to prepare for/in the event of a Grexit]. But it’s one thing to do that at the level of 4-5 people, it’s quite another to prepare the country for it. To prepare the country an executive decision had to be taken, and that decision was never taken.

HL: And in the past week, was that a decision you felt you were leaning towards [preparing for Grexit]? YV: My view was, we should be very careful not to activate it. I didn’t want this to become a self-fulfilling prophecy. I didn’t want this to be like Nietzsche’s famous dictum that if you stare into the abyss long enough, the abyss will stare back at you. But I also believed that at the moment the Eurogroup shut out banks down, we should energise this process.

HL: Right. So there were two options as far as I can see – an immediate Grexit, or printing IOUs and taking bank control of the Bank of Greece [potentially but not necessarily precipitating a Grexit]? YV: Sure, sure. I never believed we should go straight to a new currency. My view was – and I put this to the government – that if they dared shut our banks down, which I considered to be an aggressive move of incredible potency, we should respond aggressively but without crossing the point of no return.

We should issue our own IOUs, or even at least announce that we’re going to issue our own euro-denominated liquidity; we should haircut the Greek 2012 bonds that the ECB held, or announce we were going to do it; and we should take control of the Bank of Greece. This was the triptych, the three things, which I thought we should respond with if the ECB shut down our banks.

… I was warning the Cabinet this was going to happen [the ECB shut our banks] for a month, in order to drag us into a humiliating agreement. When it happened – and many of my colleagues couldn’t believe it happened – my recommendation for responding “energetically”, let’s say, was voted down.” http://www.newstatesman.com/world-affairs/2015/07/yanis-varoufakis-full-transcript-our-battle-save-greece”

Secondo la testimonianza di Kouvelakis (cit.), il ministro Tsakalotos non avrebbe mai creduto, invece, all’uscita:“Tsakalotos said that exit would be an absolute catastrophe and that Europe would relive the 1930s with the return of competition between national currencies and the rise of various nationalisms and fascism. …This is the meaning of the kind of denunciations of Grexit as a kind of return to the 1930s or Grexit as a kind of apocalypse. This is the symptom of the leadership’s own entrapment in the ideology of left-Europeanism.”

[6] Di nuovo Kouvelakis (cit.): “The second thing that is equally impressive is the radicalization of the youth. This is the first moment since the crisis that the youth in its mass actually made a unified statement. Eighty-five percent of those from eighteen to twenty-four voted “no,” which shows that this generation, which has been completely sacrificed by the memorandum, is very aware of the future ahead of it and has a clear attitude with regards to Europe. The French daily Le Monde had this article asking how come these young people, who had grown up with the euro, Erasmus programs, and European Union are turning against it, and the response from all those interviewed was simple: we have seen what Europe is about, and Europe is about austerity, Europe is about blackmailing democratic governments, Europe is about destroying our future.” 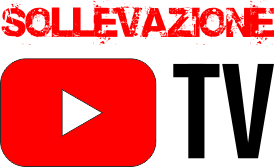